Hello fellow Pokemon Trainers! It’s time for another Pokedex Post! I hope you guys are ready for some crazy entries. Now, let’s begin!

Entry: A reclusive species. Peperee are known for their childish and primitive behavior when they don’t get what they want.

Cansumor (The Cancer Pokemon) #323 Poison type Possible Abilities: Liquid Ooze (The opponent’s HP-Draining moves damage them instead), Corrosion (Steel and Poison Types can be inflicted with poison), or Shed Skin (At the end of every turn, you have a 33% chance of curing your status condition) Doesn’t evolve into any other Pokemon Ht: 3’03” Wt: 60.0 lbs Gender Ratio: 50/50 Appearance: A literal embodiment of cancer. Base Stats: HP: 135, Attack: 80, Defense: 90, Sp. Atk: 65, Sp. Def: 90, Speed: 35 Base Stat Total: 495 (Very good HP stat). Weak to Psychic and Ground.

Entry: Cansumor are able to see in all directions with their multiple eyes. Simply touching it can give you all the cancers.

Entry: The container on its back can hold a small family of Militant. They scatter if Housant is in trouble.

Entry: It has a vicious temper and loves slashing Pokemon with the blade on its tail. Its roar sounds like thunder.

Hello fellow Pokemon Trainers! It’s time for another set of entries. I hope you guys are ready for some true absurdity. Now, let’s begin!

Entry: Illumatrix has 10 letters. 10/5 is 2. Two has three letters. The Illuminati triangle has three sides. WAKE UP SHEEPLE.

Hello fellow Pokemon Trainers! It’s time for another Pokemon post! I hope you guys are ready for some crazy entries. Now, let’s begin!

Entry: Seamapan are often caught for their scales. Its body pattern often causes arousal in humans. 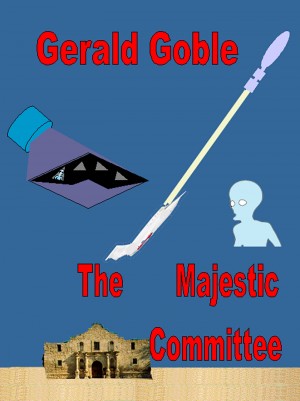 Konichiwa, everyone! It’s time for another yokai post! I hope you guys are ready for some more fascinating creatures. Now, let’s go on a journey to the “Land of the Rising Sun”!

Entry: Pollefin is the best smelling fish in the sea. It uses its sweet scent to attract its prey.

I really like the premise of this book, but the cover is complete trash. It depicts a shadowy figure that closely resembles death. There’s also a horrible Jpeg of flames that surround the title of the book. In conclusion the cover gives missed potential to an otherwise fascinating story.

Another wonderful concept for a book completely destroyed by an absolutely shitty cover. The art looks like it was done in about 5 minutes, and it smells very amateurish. It’s just a picture of a gun with a couple of bullet holes surrounding it.

Hello boils and ghouls! It’s that haunting time of year again! Since Halloween is just around the corner, it’s time for some disturbing art. Now, let’s begin this harrowing journey into your deepest fears! Mwahahahah!

This is a disturbing, yet awesome work by “Polish Surrealist”, Beksinski. It takes place in a dystopian apocalyptic future with burning buildings, and smoldering bodies. The whole atmosphere is extremely foreboding, and to make matters worse, there’s a bandaged, multi-legged, abomination that appears to be running at something. I’d love to hear what you guys think of it in the comments’ section below.

This is an awesomely dark work by “American Artist”, Christensen. It’s a nighttime piece that gives off many instances of “Memento Mori” The main characters of the work are all unsettling entities with garish jewelry. There’s a huge skeleton in the center of the work, and it appears to be surrounded by sharp-toothed cult members. In conclusion this is a very uniquely scary paining that is guaranteed to send shivers down your spine. Tell me what you think of this piece in the comments’ section below.

Hello fellow viewers, and welcome to a brand new topic. I just recently finished all 8 parts of the manga, Jojo’s Bizarre Adventure, and it was a hell of a ride. Araki Hirohiko’s magnificent story and characters grab the viewer from the very beginning and take them for a wild ride. One of the most prominent things in the series is introduced in part 3, The Stardust Crusaders. We learn about Stands (Physical manifestations of one’s life-force that only people with other Stands can see. They are all uniquely shaped, and have a massive variety of powers. They can be acquired by natural means, or may be given to someone via a special arrow or corpse. Some can be controlled automatically, while others can be controlled manually. Many are named after famous bands due to Araki’s love of American music. Since they are a manifestation of one’s life-force, any damage dealt to the form, will also hurt the user. If the user dies, the Stand usually disappears along with them. Now, with the explanation out of the way, let’s begin!

(The horrifying effects of Metallica.)