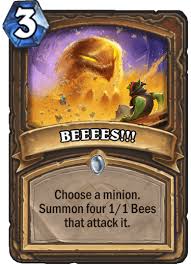 Hello fellow Tavern Dwellers! It’s time for another unique Hearthstone post! I really enjoyed looking at custom cards before, and I’ve decided to make a second part to it. Now, let’s have a brawl!

This card is absolutely insane! The amount of value you can get out of it is staggering. I also love the fact that it can be either a spell or minion that you draw. It might have to be weakened if made into a real card though.

This is Ironbeak Owl on steroids, and I freaking love it! I’ve always wanted a card that can steal your opponent’s upgrades. It might need to cost more if it’s ever made into the game through. 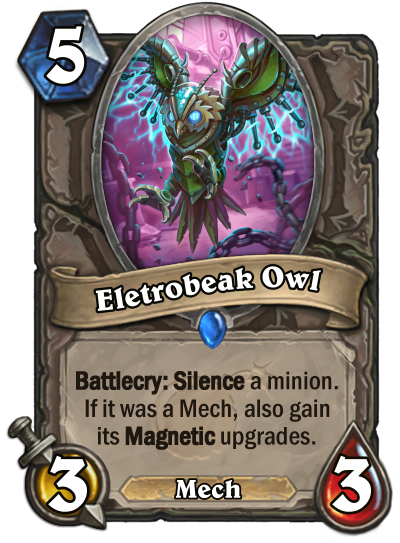