Hello everybody, and welcome to a very special post! I have discussed the Morlocks in the past, and have decided to dedicate my weekly comic posts to a different Mutant team.  In case you don’t know, the Morlocks are a group of Mutants that live underground. They have extremely weird Superpowers, and are ridiculed by the general public. Many of them are killed during the Marauders’ invasion, and those who survived, try to rebuild their damaged home under the strong leadership of Callisto. The Morlocks are all property of Marvel .

Masque was a power-hungry member of the Morlocks. After the massacre, Masque decided to usurp Callisto, and take control of the team. He then joins the Brotherhood of Evil Mutants, and tries to fight against Nathan Summers. Masque meets his end at the hands of the engineered super solider, Shatterstar.

Angel was an ordinary child until her Mutant powers awakened. Afraid that her parents wouldn’t accept her, Angel ran away to the sewers to join the Morlocks.  After many adventures with the team, Dust returned home, and was accepted by her parents. 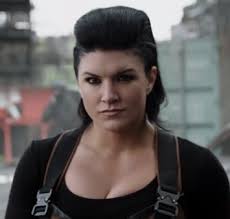