The Velvet Ant, or “cow killer”, is a large ground wasp with a hairy, orange body. While not an actual species of ant, its appearance can confuse people. It’s known for delivering an excruciating sting that can last for 30 minutes. Only the females have the stinger, which is quite long and pointy. Coyote Peterson described the pain as radiating and fiery with a tingling sensation.

The Tarantula Hawk is an incredibly scary, parasitic wasp with an amazingly painful sting. They hunt tarantulas, and paralyze them before eating them whole. The pain is equivalent to being shocked with a taser. The females are the only ones that sting, and won’t unless provoked.

This is an incredible piece by “Computer Guru”, Larry Carlson. It’s an outdoor scene with a beige-colored sky. The tree is gorgeous and multicolored with an aura that looks like it’s split in three. It’s very similar to an optical illusion, and is a feast to the eyes.  Tell me what you think of this piece in the comments’ section below.

This is a very unique work by “Master Surrealist”, Larry Carlson. It’s a fascinating blend of fantastical realism and mind-blowing surrealism. The various orbs placed in the work remind me of opals, and we also get some interesting looking trees. I especially love the strange jellyfish creature that’s positioned on a strange statue. Tell me what you think of this piece in the comments’ section below.

Hello fellow duelists! It’s Friday, and you know what that means! Yes, it’s time to take a look at some more strange card art. Now, it’s time to duel!

I never was a big fan of these “paper airplane monsters.” They’re a pain to summon, and they only provide a large attack boost to those in their archetype.  All of these creatures are missing eyes and are completely useless alone. Soitsu is a green colored, nude humanoid with a pronounced butt. He’s also flexing both of his arms. 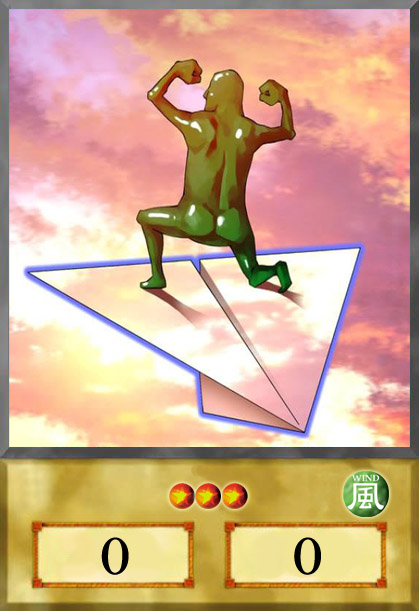 UGH! What the hell is this abomination?! It appears to be some kind of fish with an extra long tongue. It has sharp, blue teeth and eyes that are bulging and crossed. I guess this is what happens when you give a fish cocaine! 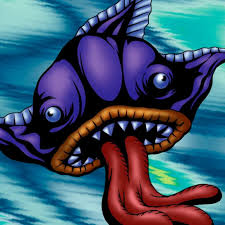 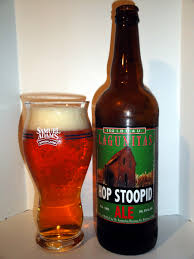 Hello fellow Cicerones! It’s Thursday, and you know what that means! Yes, it’s time for me to share some more of my favorite beers. Now, let’s brew something awesome!

I discovered this gem of a bear during my Cicerone training class. It was my favorite beer of the day, It’s a velvety, dark brown beer that smells like coffee ice cream. It has an absolutely wonderful taste that reminds me of a smooth, chocolatey caramel. If you’re a fan of American Porters, I highly recommend picking this up.

I got this special brew as a present from my Step-Father. I was immediately blown away by the intricate design on the bottle. The bottle is tall, and covered in a white, speckled tape with a pink elephant design on the head. The beer is a pale, light gold with a fruity aroma. The taste is also quite fruity, and I do detect a hint of pepper. I highly recommend this brew to anyone who likes strong and fruity ales.

Hello fellow followers, and welcome to a brand new segment of my blog! I have decided to review a new video game every month. Don’t worry, these posts are spoiler free! Now, on to the first game! Get ready for a helluva ride with Doki Doki Literature Club!

“This game is not suitable for children or those who are easily disturbed”. This is the first message the viewer sees when booting up the game. They’re then transported to the title screen which depicts four cute anime girls. We also hear the bubbly main theme. The game stars the main character, “You”, an anime-obsessed high schooler who’s coaxed into joining a Literature Club by their childhood friend, Sayori. Points of the game require you to make poems, and this is where the plot really shines. Your choices of words, decide on which of the four girls you’ll get to know. I will now describe the girls in a non-spoiler way. First there’s Sayori, your peach-haired childhood friend. She’s incredibly friendly and cheerful in nature. She’s also quite air headed, and is often late for school. Second, there’s Yuri, an elegant, tall, and mature girl with large breasts and purple hair. She’s into dark horror stories, and is quite timid in nature. She also is the Vice President of the Literature Club.  Third, there’s Natsuki, a short girl with bright pink hair. She’s very tsundere in nature, and loves baking cupcakes. She also has a soft spot for cute things. Last, there’s Monika. Monika is the president of the Literature Club, and is tall, brown-haired, beautiful, and athletic. Her interests are spoiler-heavy, so I’ll leave it to the viewer to find out! In conclusion, Doki Doki Literature Club is a incredibly amazing game, that is guaranteed to make you jump out of your skin! 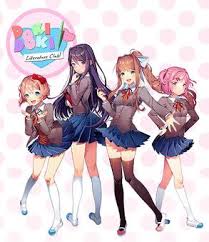 Hello fellow comic book fans! It’s Tuesday, and you know what that means! Yes, it’s time to take a look at some more weird and wacky characters. Now, grab your favorite Graphic Novel, and let’s begin!

Warren was a frail child that was often ridiculed by his drug-addicted, prostitute mother. He was eventually sold to the Crius Mental Health and Research Hospital. He was experimented on by the delusional scientists, and put under the care of the icy Doctor Witchell. He had his brain modified by electronics, which eventually gave him his powers. He then slaughtered his supervisors, and became the monarch of his country. He continues to be a thorn in Green Arrow’s side.

Now for one of my favorite superheroes!

Eel used to be a prolific criminal who would always elude the cops. This all changed the day he was betrayed by his lackeys. During a chemical factory heist, Eel was shot and doused in a strange acidic solution. This allowed him to stretch his body into any shape imaginable. He wanted to make up for his crimes, and became the highly eccentric Plastic Man. I adore his costume, which is a bright red jumpsuit with a pair of groovy shades. 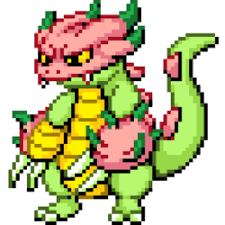 Hello fellow Pokemon trainers! It’s Monday, and you know what that means! Yes, it’s time for us to return to Fochun to see some more absurd Pokemon. Now, let’s begin!

Description: A zombified loaf of bread with red and green mushrooms growing out of its body.

Entry: Its corpse waits for the right day to be eaten. It spends its time infecting other Fresrye with lethal spores.

Description: A blue blob with a surprised face and a pink tail.

Entry: People who live near mountains say that you can hear Blobbos’ cries at night, as they try to train hitting rocks. (It’s cry is its name) (It also has some of the lowest stats of any Pokemon)

Description: A light blue bust with the face of a psychic trainer and a checkered design pattern.

Entry: It suddenly appeared several years ago and its origins are unknown. Looking at it makes you feel nostalgic for some reason…  (Its cry is the first few bars of Macintosh Plus’ most popular Vaporwave track) 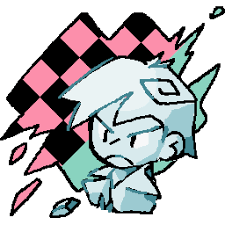 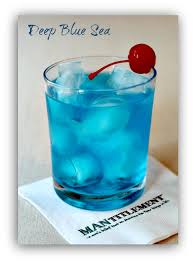 Hello fellow Cicirones! It’s Thursday, and my Pub is open once again! I hope you guys are ready for some awesome drinks. Now, let me fix you up something special!

Directions: Layer the ingredients in order of: Sambuca then scotch, then carefully place a drop of grenadine in the middle.

Directions: Pour the Jager and Orange Vodka into a shot glass and then drop it in a glass or cup of red bull and chug. 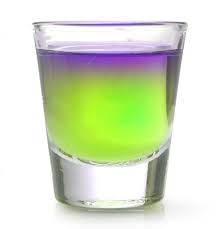 Konichiwa, everyone! It’s Wednesday, and you know what that means! Yes, it’s time for us to take a look at some more fascinating Yokai. Now, let’s go on a journey to the “Land of the Rising Sun”!

Hello fellow Entomologists! It’s Tuesday, and it’s time for a brand new post! I have talked in detail about Justin Schmidt. He is a famous Entomologist that invented the Schmidt Sting Pain Index. The index categorizes insect stings on a 1 to 4 scale with 4 being the most painful. He wrote a fantastic book called The Sting Of The Wild, which highlights his experiences with these dangerous insects. The Brave Wilderness Youtube channel also goes in depth about these insects, and I highly recommend subscribing to the channel because Coyote Peterson is god! This post will cover 2 different insects from the index and a quick description of them. I also will be covering an insect that has yet to be recorded on the index. Be warned! Some of these entries are quite scary! Each entry will have a link to the Brave Wilderness Channel where Coyote gets bitten/stung by these insects.

The Giant Desert Centipede is one freaky critter with a bright red head and greenish black body. It primarily hunts at night, and has a highly potent venom. It has savage pincers which deliver an excruciating bite. Coyote admitted that it was more painful than a Bullet Ant, which is the highest ranked insect on the index. People who are bitten usually suffer headaches, nausea, lesions, and in worst cases, death. Don’t mess with this insect!

The incredibly creepy Warrior Wasp is one of the most infamous creatures on the Schmidt Pain Index. These insects are dark blue in color and have dangerously sharp stingers. This species of Paper Wasp is extremely aggressive and will sting if threatened. The stinger will fall off if this happens, and the insect will die. Schmidt described the pain of the sting as “pure torture, like being chained to the flow of an active volcano”. Coyote was in immense pain when stung, and his arm was paralyzed for 5 minutes. It’s terrifying that such a small creature can deliver such a painful sting. Be warned! This video will make you scared of bees!