Hello fellow food lovers! It’s Friday, and you know what that means! Yes, it’s time for us to take a look at some more fascinating foods. Now, let’s dig in! 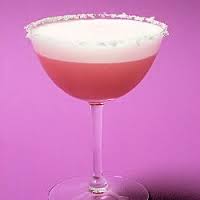 Hello fellow Mixologists! It’s Thursday, and my Pub is open once again! I hope you guys are ready for some awesome drinks. Now, let me fix you up something special!

Directions: Stir Bailey’s and curacao in bottom of glass, then layer Pernod on top.

Directions: Stir in a cocktail glass. Garnish with a twist of lemon peel. 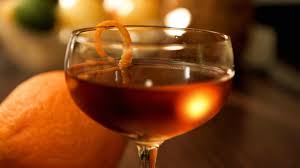 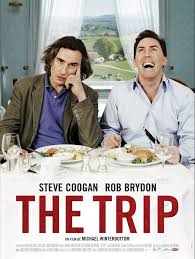 Hello fellow movie lovers, and welcome to this special post! Every two months, I will be reviewing a movie.  I hope you guys will enjoy this post. Now, let’s get started!

The Trip is a hilarious film that stars Steve Coogan of Alan Patridge fame, and his best friend, Rob Brydon. The movie is about a food trip that the two actors take through northern England. They make various stops at different points in the film, and the acting is almost all improvised. Coogan and Brydon have amazing chemistry with one another, and it’s an fantastic sight to behold. Brydon is amazing at impressions, and we get the treat of listening to them throughout the film. I especially enjoy Rob’s impression of Michael Caine, as it’s completely spot on. The entire movie is one giant laugh riot that I highly recommend to anybody. The food looks incredibly tasty, and is pure eye candy. My final rating for this movie is a 9/10.

Hello fellow gamers! It’s Tuesday, and you know what that means! Yes, it’s time for us to cringe profusely at some horrible video game cover art. Now, lets begin this adventure into the detritus of the video game world!

If you have been watching the Angry Video Game Nerd for as long as I have, you have probably seen his review for this game. According to James Rolfe; “This game is ass”! It’s a run and gun adventure game that stars Uncle Fester from the Addam’s Family. Unfortunately, the cover doesn’t do anything to ease the pain! It depicts the titular Fester as a bald, Curly Howard-looking, buffoon with incredibly red lips. He almost gives off the vibe of a pedophile with the strange sneer. There’s also a single spider hanging down from his head. If I can give the artwork any praise, I’d say that the mansion in the distance actually looks pretty good. The piece all together just rubs me the wrong way, and I don’t know if the creator was aiming for this or not. Tell me what you think of this “masterpiece” in the comments’ section below.

I have already discussed one of the crazy covers before in an earlier post, but this one is just Fucked Up! As I said before, Bust-A-Move is an incredibly addicting puzzle game starring the dragons Bub and Bob of Bubble Bobble fame. The game had very cute graphics and exhilarating gameplay. Then we get to the cover, and all I can say is, WHAT THE HELL WERE THEY THINKING!!! We have an image that wouldn’t look out of place in a Clockwork Orange! The cover has various bubbles with screaming faces inside. Their eyes are pried open with toothpicks, and they appear to be in great distress. I especially “adore” the tagline; “SO ADDICTIVE…IT SHOULD BE ILLEGAL”! It’s crazy, because this is a rated “E” game! I’m going to show the cover, but be warned, it’s really unsettling! Tell me what you think of it in the comments’ section below. 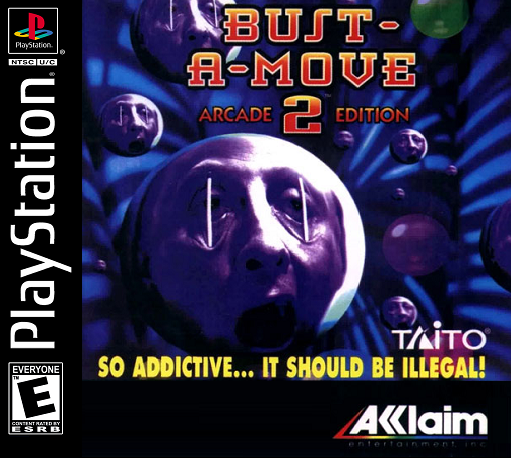 Hello fellow art lovers! It’s Monday, and you know what that means! Yes, it’s time for us to dive into the amazing world of Larry Carlson. Now, get ready to have your mind blown by the amazing paintings!

This is an incredibly trippy work by “Computer Guru”, Larry Carlson. It’s an optical illusion piece that’s a true feast for the eyes! The piece is very similar to the “wave” optical illusion, however, Carlson adds his genius on top of it. If you look closely, you can see a meditating woman hidden within the waves. I love this work for its incredibly trippy effect of the viewer. I’d love to hear what you guys think of this piece in the comments’ section below. 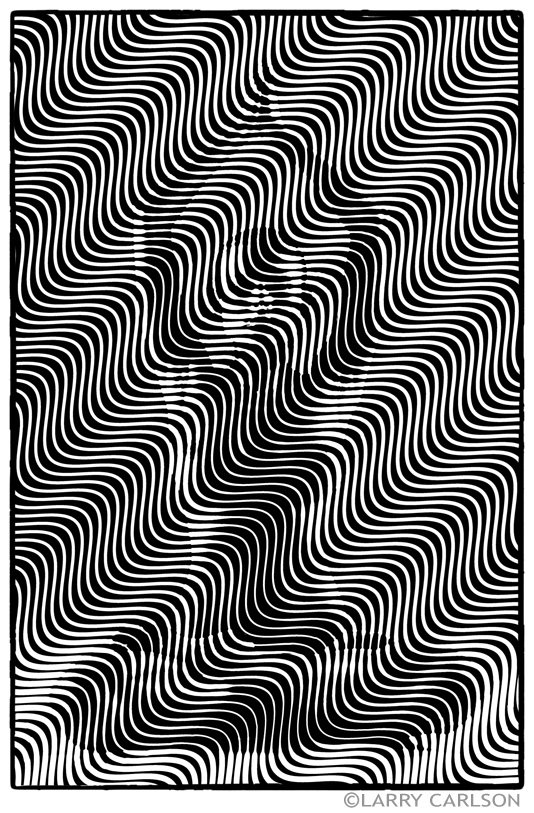 Here we have another amazing work by “Master Surrealist”, Larry Carlson. It’s a beautiful blend of realistic imagery, and mind-blowing psychedelia. The titular “tree” is a beautiful display of kaleidoscopic patterns and multicolored flowers. It really makes the viewer gasp in amazement. I especially love the blues that are used in the grass of the work.  Tell me what you think of this piece in the comments’ section below.

This is a hauntingly wonderful track from the “Fiendishly Difficult” game, Hotline Miami 2: Wrong Number. The songs in the game are all chosen to portray different emotions, and this one is no different! It makes the listener feel on edge as they are transported into the world of shady nightclubs and crime-ridden streets. The song plays in the game when you enter a mob-filled nightclub. The surroundings are very dark, and there’re sudden flashes of multicolored light. The piece starts with a ominous, droning synthesizer that surrounds the listener in a murky fog. The song starts to increase tempo until the bass drops, and we are met with a sick dance beat. The beat keeps getting more and more intense, and we also hear a woman speaking in Russian. She says “Ty pijany”, which roughly translates to “You’re drunk”. This can be taken in many different ways, and I will tell you what I believe it to mean. It can mean that you’re drunk on violence due to the incredibly brutal nature of the game. It can also mean that you’re drunk in the obvious sense, and that the surroundings are blending into a blurry mess of colors and sounds. The uneasy atmosphere and almost psychedelic feeling that it gives the listener really works out to its benefit. It’s a song that I always seem to drift back to, and it holds me in its entrancing rhythm. I’d love to hear what you guys think of this song in the comments’ section below.

Hello fellow food lovers! It’s Friday ,and you know what that means! Yes, it’s time to take a look at some more delicious food. Now, let’s dig in! 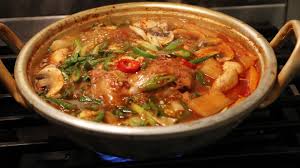 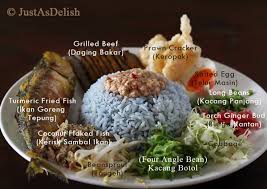