Hello fellow art lovers! It’s Monday, and my Gallery is open once again! I hope you guys are ready for some awesome pieces. Now, have fun exploring my Gallery!

This is an absolutely wonderful work by “French Symbolist”, Redon. The painting is an explosion of color and surrealist imagery. The “Cyclops” in the piece looks very simian-like, and its eye appears to follow the viewer’s every move. We also see a reclining nude figure fast asleep on the rocks. I think this is a glorious blend of Greek mythology and surrealist art.

Here we have an incredible work by “Computer Guru”, Larry Carlson. It’s a space piece with confetti-like stars, abstract aliens, and shiny geometric shapes. Carlson’s genius really shines in this work, and his blend of colors is impeccable. There’s also some strange fish people that appear to be coming out of a pool of water. Tell me what you think of this piece in the comments’ section below. 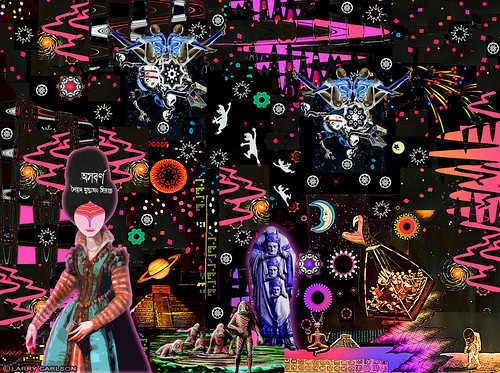 Hello fellow mixologists! It’s Thursday, and you know what that means! Yes, it’s time to take a look at some more fascinating drinks. Now, let me fix you up something special!

Directions: Shake with lots of ice, strain into glass.

Directions: Pour spiced rum and coconut rum in a lowball glass over ice. Add cranberry juice to fill and stir. Add a sprig of mint as a garnish.

Konbanwa, everyone! It’s Wednesday, and you know what that means! Yes, it’s time to take a look at some more fascinating creatures, Now, let’s go on a journey to the “Land of the Rising Sun”!

Desmond Kline was a postal worker who idolized the Punisher. After his apparent death, Desmond created a makeshift costume, and tried to continue the Punisher’s work. Unfortunately, Desmond was incredibly stupid, and died during his first mission against a group of car thieves.

Julius was an artificially engineered human who had his genes spliced with various animals. This made him an incredibly experienced assassin, however he retained the mind of a 10-year-old. He once teamed up with the Punisher, but was extremely disappointed when the mission was aborted. He now works with the British cyborg, Motormouth.

All paintings found on larrycarlson.com

Hello fellow art lovers! It’s Monday, and it’s time for a post that’s all about Larry Carlson. I will be reviewing two Carlson pieces every other Monday. I’d love to hear what you guys think of the works in the comments’ section below. Now, let’s get started!

This is a very cool work by “Computer Guru”, Larry Carlson. It’s a snow piece that’s complete with a frozen lake and log cabin. We also see a beautiful diamond pattern in the lake, and an absolutely massive moose. The weirdest part of the piece is the winged cabin with realistic eyes. I think this work is a perfect blend of the serene and the surreal.

Here we have an incredibly awesome work by “Trippy Surrealist”, Larry Carlson. The most prominent part of the piece is the gorgeous female figure with white, piercing eyes. The sky is a brilliant blue and purple, and we also see a multicolored mountain that’s spiraling at an angle. In conclusion, this is a brilliant blend of realistic and surrealist art. 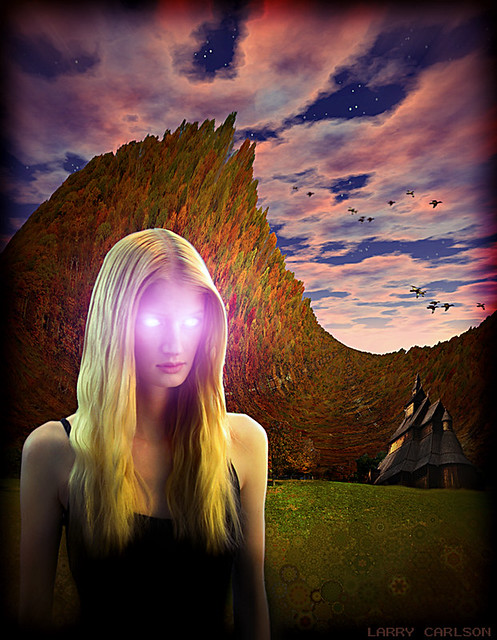 Hello fellow food lovers! Welcome to the upgraded version of Friday’s post. I have decided to add on other dishes besides desserts. This gives me a much wide range to work with. Now, grab yourself a snack, and let’s dig in!

Drinks found on drinksmixer.com and the drunkenmoogle.com

Hello fellow mixologists! It’s Thursday, and my Pub is open once again! I hope you guys are ready for some awesome drinks. Now, let me fix you up something special!

Directions: Pour all ingredients into a mixing glass half-filled with ice cubes. Stir well, strain into a cocktail glass, and serve.

Directions: Stir ingredients in a chilled cocktail glass. Garnish with a strawberry.