Hello fellow Marine Biologists! It’s Tuesday, and you know what that means! Yes, it’s time to take a look at some more fascinating creatures. Now, let’s go on a journey to the mysterious world below.

This is one of the scariest creatures of the deep ocean. The appearance alone is enough to give you nightmares. These fish are powerful predators, and are outfitted with extremely sensitive sensory canals. Like a shark, the Fangtooth can detect even the tiniest motion in the deep waters. The monster’s jaws are so large, that the fish cannot close them. Although food is scarce in the deep, the Fangtooth has no trouble finding its next meal.

This strange animal lives on the bottom of the ocean, and has a flattened body. Its name comes from the bird-like sound it emits when on land. The two prongs on both sides of its body find prey that is buried in the sand. I believe that it looks like a cross between a manta ray and an eel. I would love to hear what you guys think of this creature in the comments’ section below.

Hello fellow art lovers! It’s Monday, and my gallery is open once again. I hope guys are ready for some new pieces. Now, have fun exploring the gallery!

Now, it is time to dive into the psychedelic world of Larry Carlson! This work is a tumultuous blend of vivid landscapes and amoeba-like patterns. The background is sky blue with an assortment of bubbly clouds. On the ground, we see curvy bushes and a multi-headed UFO creature. The sky is even weirder, as it is covered with globular monstrosities. Dynamic, colorful, and absolutely insane, this is one painting you are not going to forget! I love to hear what you guys think of this work in the comments’ section below. 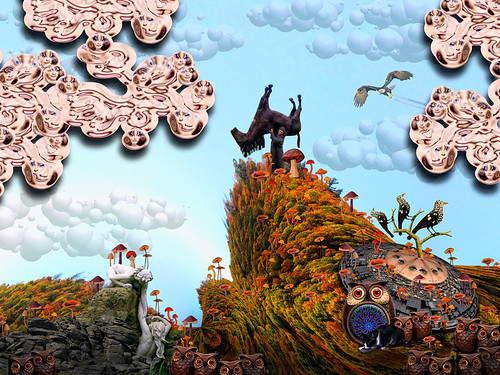 Hello fellow mixologists! It’s Thursday, and my Pub is open once again. Make yourself comfortable, and let me present you with today’s drinks. Now, let me fix you up something special! Remember to drink responsibly!

Directions: Pour all ingredients into a cocktail shaker half-filled with ice cubes. Shake firmly and pour into cocktail glass. Serve.

All info found on yokai.com

Konichiwa, everyone! It’s Wednesday, and you know what that means! Yes, it’s time to take a look at some more fascinating yokai. Now, let’s go on a journey to “The Land of the Rising Sun”!

Information about fish found in Claire Nouvian’s book, The Deep.

Hello everyone! I wanted to bring back a topic that I thoroughly enjoyed creating. As seen by the title, this post is going to be all about creatures of the deep sea. In my opinion, they are the most fascinating fish to research. It is like they are from another planet, and god do I love it! So, let’s prepare to take a dive into the unknown depths below!

The deep sea is home to some of the most beautiful Jellyfish, and this one is no exception! This gorgeous red creature was found in Japan by the biologist Dhugal Lindsay. The medusa has a strange ability to bend its form into right angles. It was first called the Origami Jelly by scientists in the United States who believed that they were the first to find it. This name did not stick, because of its original discovery in Japan and naming by biologist Lindsay.

This is definitely one of the weirdest sea creatures I have ever laid eyes upon. Either the ocean has a sense of humor, or I am going crazy, because I have never thought of seeing a floating butt in the deep sea! This freak of nature is extremely rare, and only ten are known to exist. It was first discovered by a team of MBARI scientists in California. The Butt Worm’s larvae spend most of their time floating in the water column. The worm feeds by inflating a mucus balloon, which collects organic particles on its surface. Aquatic life is weird!

If you guys want a wonderful look at the deep sea, check out this documentary. It’s quite an amazing look into the lives of some truly bizarre creatures.

Hello fellow art lovers! It’s Monday, and my gallery is open once again! I hope you guys are ready for some new pieces. Now, have fun exploring my gallery! 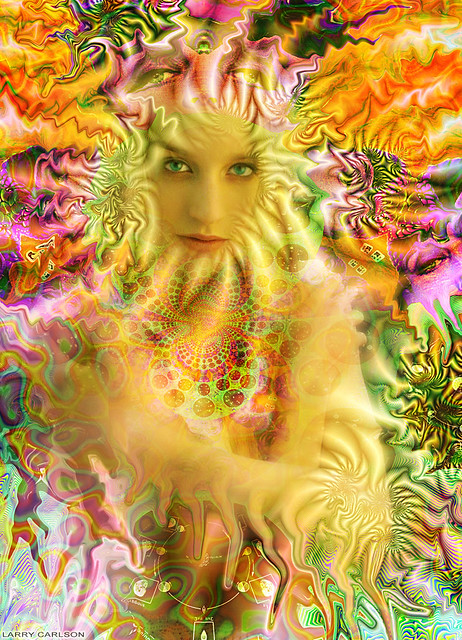 Hi everyone! I’m finally back from my vacation in Ojai, and boy was it fun! I stayed at the beautiful Ojai Inn, and I ate some pretty amazing food. I also went on a food tour, and that’s what this post is going to be about. Now, join me on this fantastic food journey! Also, this will be the first time I show my face on this blog, so be ready for that!