Hello fellow mixologists! It’s Thursday, and my Pub is open once again. I hope you guys are ready for some cool drinks. Now, let me fix you up something special!

Directions: Shake all ingredients in a cocktail shaker half-full of ice cubes. Strain into cocktail glass.

Konbanwa, everyone! It’s Wednesday, and you know what that means! Yes, it’s time to look at some more cool yokai. Now, let’s go on a journey to the “Land of the Rising Sun”!

Some readers may find this disturbing. Viewer discretion is advised!

Hello fellow researchers! It’s Tuesday, and the Foundation has opened its doors once again. I hope you are ready for this weeks’ item. Now, grab your Class-S protective equipment, and let’s begin!

Description: SCP-162 is a mass of fish hooks, fish line, needles, scissors, and other sharp objects in a rough ball shape close to 2.4m in width and 2.1m in height. After being in SCP-162’s vicinity, subjects have reported feeling drawn to the object in order to touch it. This desire can extend for several weeks after seeing the item , becoming an obsession in many cases. The “draw” increases the more SCP-162 is observed, and subjects will become violent towards anyone attempting to restrain or removed them from SCP-162.

Touching SCP-162 will immediately result in several hooks becoming embedded in the subject’s skin. The experience is extremely painful, much more so than normal fish hooks. Struggling or attempting to escape will ensnare the subject more, likely resulting in the subject’s complete entrapment on the surface of SCP-162. Subject will bleed profusely, resulting in death after a prolonged period of time.

Attempting to remove a subject from SCP-162 will result in the entrapment of the remover, or gross bodily harm to the subject’s flesh. Subjects will many times “cycle” between expressing extreme pain and requiring assistance, to statements of pleasure and requests to be left alone, even when attempting to grab and entangle personnel attempting to rescue them.

Hello fellow art lovers! It’s Monday, and my gallery is open once again! I hope you guys are ready for some cool pieces. Now, please enjoy the gallery!

Fuck Gravity by Virtual Riot from the album “100% No Bangers” 2014: Allow me to introduce you to the amazingness that is Glitch Hop. It’s a unique style of music that blends Hip Hop with electronic sounds. Virtual Riot is a German DJ that is a master of this genre. The track starts with a synthesized beat that repeats for about 10 seconds. Next, we get the first drop, and your ears are assaulted with electronic brilliance. Astonishing as it may be, that’s not the final drop! A few seconds after the first drop, we get to the second one, and it just rocks! If you are a fan at all of Electronic music and Dubstep, pick this up ASAP!

Tell me what you think of the piece in the comment’s section below. Happy Listening! 😀

Hello fellow food lovers! It’s Friday, and you know what that means! Yes, it’s time to take a look at another tasty dessert. Now, let’s chow down!

Hello fellow mixologists! It’s Thursday, and my pub is open once again! I hope you guys are ready for some cool drinks. Now, let me fix you up something special!

Directions: Add ice and water to a Martini glass to chill the glass. Add all ingredients to a mixer glass with ice and stir well. Dump the ice out of the Martini glass and strain the drink into it and garnish with an orange peel.

Directions: Pour ingredients into a stainless steel shaker over ice, and shake until completely cold. Strain into an old-fashioned glass, and serve.

Konichiwa, everyone! It’s Wednesday, and you know what that means! Yes, it’s time to take a look at some more yokai. Now, let’s go on a journey to “The Land of the Rising Sun”!

Some readers may find this disturbing. Viewer discretion is advised!

Hello fellow researchers! It’s Tuesday, and the Foundation is open once again! I hope you guys are ready for another fascinating specimen. Now, grab your Class S protective equipment, and let’s get started!

Description: SCP-2194 is a phenomenon affecting densely-populated urban areas, which appears to manifest in the presence of persistently excessive qualities of refuse and waste.

SCP-2194 manifests as an amorphous mass of refuse, dead micro-organisms, fecal matter, live bacteria, assorted particulate matter and other forms of biological and non-biological waste. It is currently unknown whether the initial mass of SCP-2194originates as non-anomalous waste that assumes anomalous properties, or forms spontaneously through other means. SCP-2194 propagates via direct physical contact, gradually spreading to adjacent surfaces as a brownish film of waste and particulate. Refuse, waste and dead biological matter becomes incorporated into the mass of SCP-2194 on contact.

Should material affected by SCP-2194 come into directed contact with any surface, including the skin of a live organism, it will leave a “stain” at the point of contact. This stain spreads at a relatively slow rate (< 1cm squared per hour) – however, any attempt to abrade, dissolve, corrode or otherwise remove this stain results in the formation of an amount of material roughly double the amount removed. Avian and mammalian subjects exposed to SCP-2194 are invariably  distressed by the appearance and growth of  the stain, becoming increasingly frantic in their attempts to remove it. This behavior causes the rapid spread of SCP-2194 material across the body surface.

Once SCP-2194 material covers at least 33% of a live organism’s body surface, the organism becomes an instance of SCP-2194-1. Instances of SCP-2194-1 are capable of spreading SCP-2194 via direct physical contact and display extremely unhygienic behavior, characterized by an obsession with both  SCP-2194-1 and other, non-anomalous forms of waste. These behaviors include, but are not limited to: covering self in waste; covering nearby objects and surfaces in waste; collecting large quantities of refuse and dead material to add to the main mass of SCP-2194; immersing self in SCP-2194; ingesting SCP-2194; and attempting to [DATA EXPUNGED] causing SCP-2194 to spread to other individuals.

Instances of SCP-2194-1 typically expire within 5-7 days of exposure, often due to suffocation caused by the formation of an overwhelming amount of waste material in the lungs and the air passages. Larger organisms may remain alive as long as 18 days before expiring from the effects of blood poisoning and necrotizing fasciitis.

SCP-2194 can be partially removed by sustained exposure to an open flame; however, its regenerative properties in response to attempted removal allow a minimum of 10% of the material to remain on the surface even after several minutes of continuous burning. Incineration is 100% effective in the neutralization of instances of SCP-2194-1.

The most effective containment method currently known is the use of an expanding foam sealant to cover all surfaces affected by SCP-2194. Provided that the sealant is applied thoroughly and within a space of 2 hours. SCP-2194 is capable of spreading to the exterior surface of the seal in no less that 200 hours. Timeous reapplication prevents this occurrence.

Hello fellow art lovers! It’s Monday, and my art gallery is open once again! I hope you guys are ready for some new pieces. Now, have fun exploring the gallery! 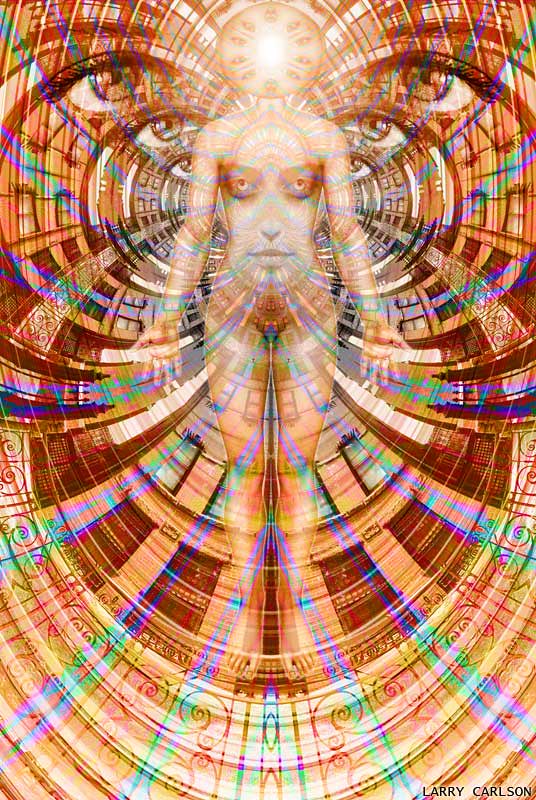