Konbanwa, everyone! It’s Wednesday, and you know what that means! Yes, it’s time to look at some more fascinating Yokai. Now, let’s go on a journey to the “Land of the Rising Sun”! 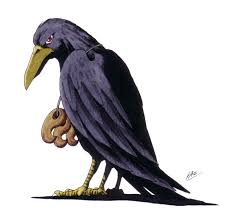 Some readers  may find this disturbing. Viewer discretion is advised!

Hello fellow researchers! It’s Tuesday, and the Foundation has opened its doors once again. Now, grab your Class S equipment, and let’s begin!

Description: SCP-805 is an assortment of branches and roots twisted into the shape of a young horse, approximately 101.6 centimeters high. Its interior is completely hollow of any organs; however, the object is mobile, mimicking the movements and instincts of a typical young foal. It is drawn towards human presences, actively seeking contact with skin, and has reported as being ‘very friendly’ when approached. It does not require food or water and there has been  no growth recorded since containment in 20(blank). Scrapings of wood from its frame have revealed it to be of an unknown species related to the ‘poison-oak’ plant, Toxicodendron diversilobum.

Upon contact with SCP-805, human skin shows signs of irritation not unlike that caused by poison-oak. The skin turns red and begins to itch as small red bumps erupt from the flesh. No remedy prescribed for poison-oak will ease the itching or rash. Two to three days after the rash has appeared, the irritation will flare and spread rapidly until the entire surface of the skin is covered. Subjects have reported excruciating pain both internal and external, with skin beginning to change color between pale brown or green. Movement in the joints becomes stiff and increasingly more difficult. As the internal blood pressure rises, blood will be forced out various orifices of the subject, including their eyes and fingernails. Bone width increases, and muscle is absorbed into the widening bones which thicken rapidly, causing [DATA EXPUNGED] to the subject’s body like that of SCP-805 itself.

The transformation has been observed to take 3 to 8 hours, depending on how much bare skin was infected by SCP-805, each result ending with the subject [DATA EXPUNGED]. X-rays have showed them to be completely hollow inside. However, it is theorized that the subject may still be aware and conscious as, despite no mobility, pulse or breathing found post-transformation, the remains have been observed creaking and groaning as if attempting to move. They do not respond to tests with normal stimuli and most noises appear to occur when in the vicinity of SCP-805.

These corpses do not carry the infection of SCP-805 to other humans, but it is still recommended that they are handled with thick gloves to prevent splinters. Remains are observed for a time after transformation before being incinerated.

Addendum 865-01: SCP-805 was discovered in the (blank) countryside, with authorities alerting the Foundation after a series of [DATA EXPUNGED]. SCP-805 did not resist capture and containment, but resulted in the deaths of (blank) staff during this time. Its origin and age are unknown.

Hello fellow art lovers! It’s Monday, and my art gallery is open once again! I hope you guys are ready for some dynamic works. Now, enter the amazing world of art! 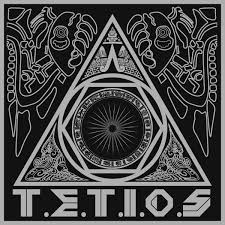 Find Your Cloud by Papadosio from the album “T.E.T.I.O.S” 2012: This is an incredibly beautiful Ambient Electronic piece. It starts with a melodic sitar, accompanied by a snare drum. As the song lengthens, more instruments start to play, and you feel as if you’ve been transported into a mystical world. My absolute favorite part of the piece is the chorus, which is something you must hear to feel the full power of this epic. I highly recommend this song to anyone that loves to feel amazing.

I’d love to hear what you guys think of this piece in the comment’s section below.

Hello fellow mixologists! It’s Thursday, and my Pub is open once again! I hope you guys are ready for some more interesting drinks. Now, let me fix you up something special!

Directions: Pour all ingredients into a highball glass over ice. Serve with a swizzle stick and stir before drinking. 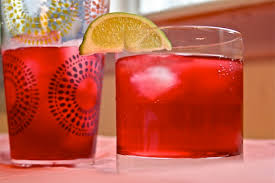 All info found on Yokai.com

Konichiwa, everyone! It’s Wednesday, and you know what that means! Yes, it’s time to take a look at some more yokai. Now, let’s go on a journey to “The Land of the Rising Sun”! 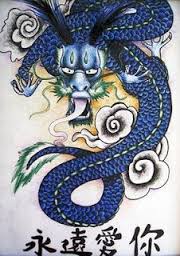 Hello fellow art lovers! It’s Monday, and my gallery is open once again. I hope you guys are ready for some more interesting  pieces. Now, have fun exploring the gallery!