Hello fellow mixologists! It’s Thursday, and my pub is open once again! I hope you guys are ready for some interesting drinks! Now, let me fix you up something special!

All drinks found on drinksmixer.com and the drunken moogle.com

Directions: Pour ingredients into a stainless steel shaker over ice, and shake until completely cold. Strain into an old-fashioned glass, and serve.

Directions: Add the ingredients with a bit of ice into a blender. Blend and then strain into a cocktail glass. Garnish with strawberry.

Konichiwa, everyone! It’s Wednesday, and you know what that means! Yes, it’s time to take a look at some more yokai. Now, let’s go on a journey to “The Land of the Rising Sun!”

All information found on scp-wiki.net

Hello fellow researchers! It’s Tuesday, and you know what that means! Yes, it’s time for use to take another look at some truly strange objects in the foundation. Make sure that you are wearing Class S protective equipment, because you never know what’s lurking around the next corner. Now, let’s begin! (There’s only going to be 1 object this week, but it’s extra long, so enjoy!)

Description: SCP-813 is a spherical glass sculpture. Evidence suggests that the sculpture was originally 45cm in diameter; however, the artifact is currently missing 17% of its initial mass. Close inspection of SCP-813 has revealed a microscopic system of seemingly metallic clockwork machinery. This machinery is continuously active, though the means by which it accumulates or generates power is unclear. The properties of the artifact (see below) have prevented more extensive inspection of the machinery, and spectroscopic analysis has proven inconclusive.

The glass comprising SCP-813 is extremely fragile and will shatter under pressure far below what would be expected. SCP-813 always fractures into fragments approximately 7mm x 2mm in size; these pieces cannot be broken down further by any means, rendering them presently indestructible. Upon shattering, all fragments (now designated SCP-813-1) produced will seek out the nearest human targets. SCP-813-1 are capable of propelling themselves through unknown means, allowing them to “leap” at velocities up to 131kph.Eye Scream Approaching!

Upon reaching its target, SCP-813-1 will invade the subject’s eye and embed itself into the optic nerve. Regardless of the fragment’s impact velocity, there will be no substantial damage to the eye or the rest of the body. The subject will suffer sharp pain and temporary blindness, which will dissipate within a few seconds. Following this, SCP-813-1 will extend several microscopic wires of an unidentified substance into the subject’s brain. These effects produce no neurological or cognitive damage and are universally unnoticed by the subject.

The host of SCP-813-1 will begin to display marked changes in behavior roughly two weeks after exposure. At this time, the subject will frequently cease their normal activity and stare motionlessly for several hours. These events cause the subject’s to dilate, and those in close proximity report tinnitus, described as an electric “hum.” During these periods, the subject is totally unresponsive towards attempts to rouse them, and they will also deny that such periods ever take place. Over the next three to four months, these periods increase in length until they entirely compromise the subject’s daily routine, and they will only deviate from this behavior for necessary nutrition and rest.

SCP-813-1 will remain in the optic nerve until the subject’s death. At this point, SCP-813-1 will withdraw its wires from the central nervous system and eject itself from the optic nerve towards the nearest human target and repeat the process. Forcible removal of the fragment (surgically or otherwise ) is fatal to the host, and the fragment will immediately  seek out a new host in its usual manner.

SCP-813 was initially recovered from an armed convoy in [REDACTED] operated by known members of The Church of the Broken God. The crate from which SCP-813 was recovered displayed anomalous properties causing the artifact to levitate in the center of the container. However, during the ensuing confrontation, the crate was damaged and SCP-813 was dropped from its suspended position. Cushioning inside the crate prevented the artifact from entirely shattering; however, what are believed to be bullet fragments generated by the conflict struck SCP-813 and dislodged several pieces of SCP-813-1. Those promptly invaded a number of Mobile Task Force operatives (SCP-813-1 instances do not appear to target Church members). Following the event, SCP-813 was transported to site- (BLANK) for analysis. No members of the church survived the incident.

A fragment of paper, believed to be a handwritten letter, was recovered from the convoy; the following is an excerpt of that letter: An eye sees all things except itself.  For that, it must have another. That which was paired and now separated must be made whole once again. Though its shards the broken eye sees. Through heathen minds the Broken God seeks.

Hello fellow art lovers! It’s Monday, and my gallery is open once again! I hope you guys are ready for some interesting pieces. Now, have fun exploring! 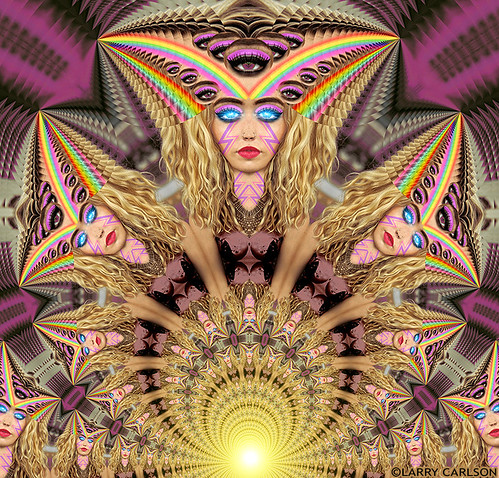 Hello fellow food lovers! It’s Friday, and you know what that means! Yes, it’s time to take a look at another tasty dessert. I hope you guys are hungry, because things are about to get “sweet”!

Hello fellow mixologists! It’s Thursday, and my pub is open once again! I hope you guys are ready for some interesting drinks. Now, let me fix you up something special!

Directions: Shake ingredients, strain over ice in a highball glass, and serve.

Directions: Mix all three ingredients in a strainer with ice, strain into a chilled cocktail glass and serve.

Konbanwa everyone! It’s Wednesday, and you know what that means! Yes, it’s time to take a look at some more interesting creatures. Now, let’s go a journey to the “Land of the Rising Sun”!